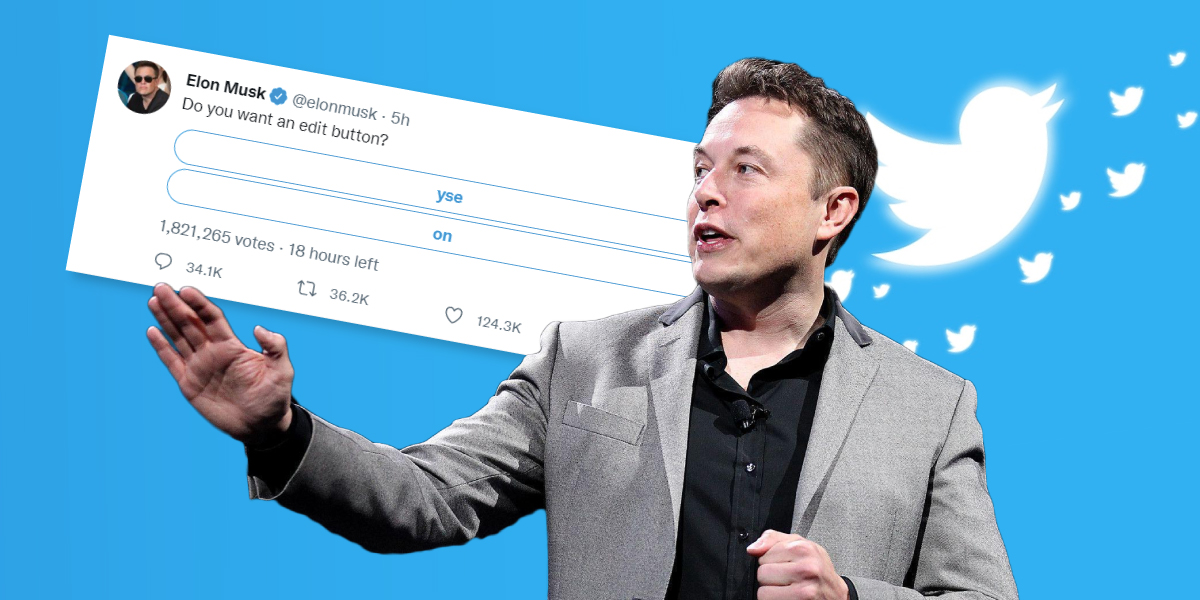 A few hours after revealing his 9.2% stake in Twitter, SpaceX and Tesla CEO Elon Musk has posted a poll asking users if they want an ‘Edit Button’ on the microblogging site.

“Do you want an edit button?” Musk, who has over 80 million followers on Twitter, asked. Interestingly, Musk has used incorrect spellings of ‘Yes’ and ‘No’ on the poll as ‘YSE’ and ‘ON’ to provide context.

However, one of the replies to the tweet came from Twitter CEO Parag Agrawal, who wrote, “The consequences of this poll will be important. Please vote carefully.”

The Twitter edit button has been in demand for many years now, and when the Novel Coronavirus hit the world in early 2020, the platform had teased, “You can have an edit button when everyone wears a mask.”

Musk had recently said that he is giving “serious thought” to building a new social media platform. Musk has been critical of Twitter lately and has even questioned if “Twitter adheres to the principle of free speech.”

“Given that Twitter serves as the de facto public town square failing to adhere to free speech principles fundamentally undermines democracy. What should be done? Is a new platform needed?” Musk said.

The shares of Twitter jumped 26% soon after it was revealed that Musk was the most significant stakeholder in the company. The 50-year-old business tycoon has 73.5 million Twitter shares, owned by Elon Musk Revocable Trust.

“Given Elon’s prior comments about wanting to start a social media company, I would say it’s possible that he will increase his stake in Twitter or take a controlling interest in the company sometime soon,” said Tom Forte, an analyst at DA Davidson & Co, was quoted as saying by Bloomberg.