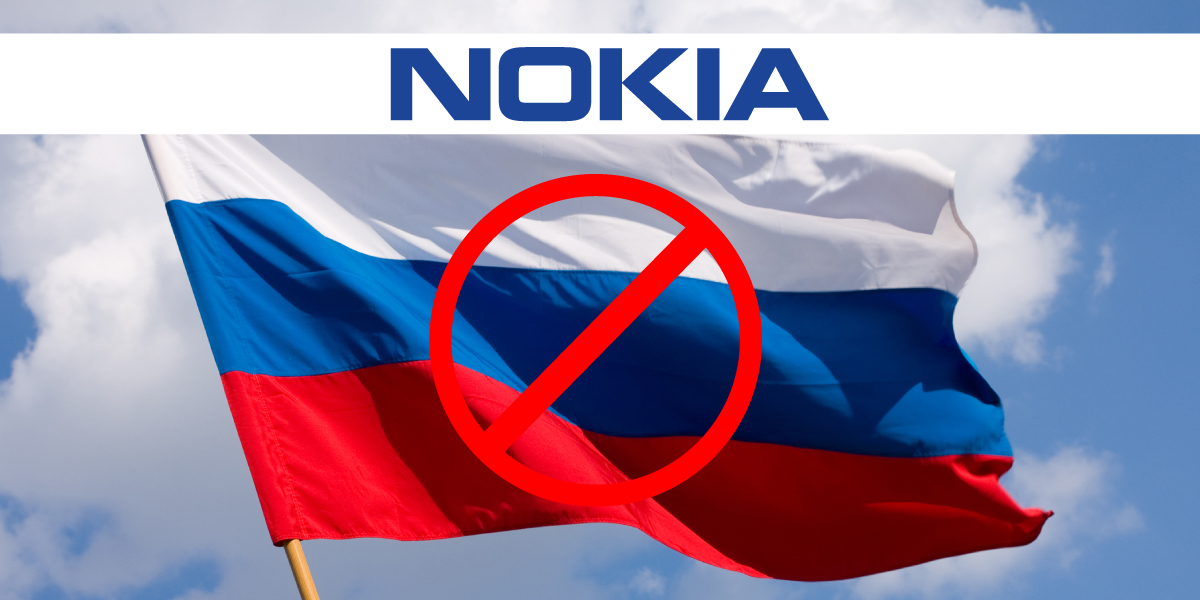 Telecom giant Nokia has decided to cut all ties with the Russian market. The move comes after hundreds of foreign companies pulled out or suspended businesses citing Western sanctions against Russia following its invasion of Ukraine, which started on February 24.

“It has been clear for Nokia since the early days of the invasion of Ukraine that continuing our presence in Russia would not be possible. Over the last weeks we have suspended deliveries, stopped new business and are moving our limited R&D activities out of Russia. We can now announce we will exit the Russian market. During this process our priority continues to be the safety and wellbeing of our employees,” Nokia said in a statement.

Even though the telecom sector has been exempted from the western sanctions on humanitarian grounds, CEO Pekka Lundmark said leaving the Russian market was the only option.

“We just simply do not see any possibilities to continue in the country under the current circumstances,” CEO Pekka Lundmark said in an interview with Reuters.

During this period, Nokia would continue to provide the necessary support to its customers.

“For humanitarian reasons, Western governments have expressed concerns about the risk of critical telecommunication network infrastructure in Russia failing. They have also emphasized the importance of ensuring the continued flow of information and access to the internet which provides outside perspectives to the Russian people. Therefore, as we exit we will aim to provide the necessary support to maintain the networks and are applying for the relevant licenses to enable this support in compliance with current sanctions,” it stated.

Nokia further added that Russia accounted for less than 2% of net sales in 2021, and exiting would not impact the 2022 outlook.

“Regarding the financial impact of the decision, Russia accounted for less than 2% of our net sales in 2021. Considering the strong demand we see in other regions – we do not expect this decision to impact our ability to achieve our 2022 outlook provided in the Nokia financial report for Q4 and full year 2021 issued on February 3 2022. We expect this decision to lead to a provision in Q1 of approximately €100m which will impact our reported but not comparable financials,” Nokia added.

Nokia’s decision to sever ties with Russia will directly affect 2000 employees in the country, but Lundmark said some workers would be offered jobs in other parts of the world. Nokia has 9000 employees working worldwide.